ANZ's view on the future Sydney and Melbourne Housing market

ANZ Banking Group is tipping falls in Sydney and Melbourne housing prices of about 10 per cent from peak to trough, driven by tighter credit and higher interest rates next year.

ANZ senior economists Daniel Gradwell and Joanne Masters said the housing market had slowed further than they expected and, as a result, they had "materially downgraded" their price outlook.

Sydney house prices are tipped to fall 10 per cent from peak to trough.

"We now expect to see peak-to-trough price declines of around 10 per cent in Sydney and Melbourne, with smaller declines elsewhere," they said in ANZ's June housing update.

"This cycle is being driven by tighter credit, rather than higher interest rates. Higher interest rates in 2019 are expected to be an additional headwind, though rate hikes will only occur if the housing market has broadly stabilised."

"We note that Australia has had six previous episodes of declining housing prices since 1980, with the peak-to-trough range of 2½ per cent to 8 per cent. Nearly all previous corrections occurred following interest rate rises, a drag unlikely to be repeated anytime soon in this cycle."

Home loan growth has slowed since late last year, after the housing market came off the boil and banks tightened their underwriting standards, and analysts expect the trend will continue. Banks have warned customers will probably find it tougher to get a home loan in future as they tighten lending standards in the wake of the royal commission.

The Reserve Bank echoed those comments in the minutes of its June meeting released on Tuesday, where it left the cash rate on hold at the record low of 1.5 per cent for the 22nd consecutive month. It noted that loan approvals to investors and owner-occupiers had eased, consistent with a decline in demand for credit as well as lenders tightening their requirements.

ANZ calculated that if changes to lending policies caused a 10-15 per cent decline in new loan sizes, prices would fall 5-10 per cent year on year.

"However, this impact should not last forever. In previous bouts of tightening the market has adapted to the new conditions instead of continuing to deteriorate. The credit impulse (the change of the change in credit) is a key metric to detect the turning points in credit availability and therefore prices," the bank said. 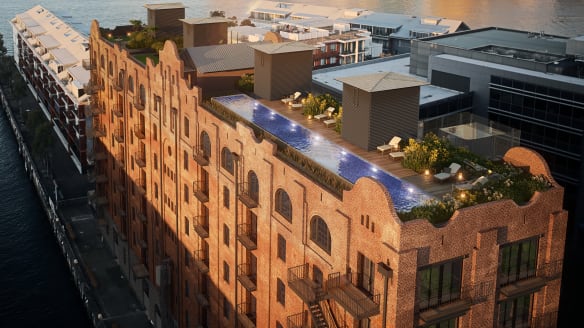 Nationwide, dwelling prices are 1 per cent lower than a year ago. Sydney has been the main driver of the weakness, falling 4.2 per cent year on year, while Melbourne had recently joined in. Prices in the major cities fell 0.7 per cent in the March quarter, according to ABS data on Tuesday.

"Sydney and Melbourne are expected to be the primary drivers of this fall, as their high prices and highly leveraged households will be more sensitive to tighter credit conditions and rising interest rates," ANZ said.

ANZ is predicting two rate hikes next year, which it notes would be another headwind to house prices – "though rates will only rise if the housing market has stabilised in the first place".

Macquarie Securities is also predicting a 10 per cent fall in Sydney house prices from their mid-2017 peak.

The main thing to fear for Australian housing is fear itself .

"We expect the current modest rate of decline in national dwelling prices to continue for some time, but this would suggest a fall of only around 2 per cent over the course of 2018," Macquarie Securities economists Justin Fabo and Ric Deverell said in a note.

Mr Fabo and Mr Deverall said the real risk was that if households lost faith in housing markets, the
demand for credit (particularly by investors) could fall more than it currently expected.

"The main thing to fear for Australian housing is fear itself ... ," they said.

Read original article on The Age