Are you a property investor who will hang on as the market falls? 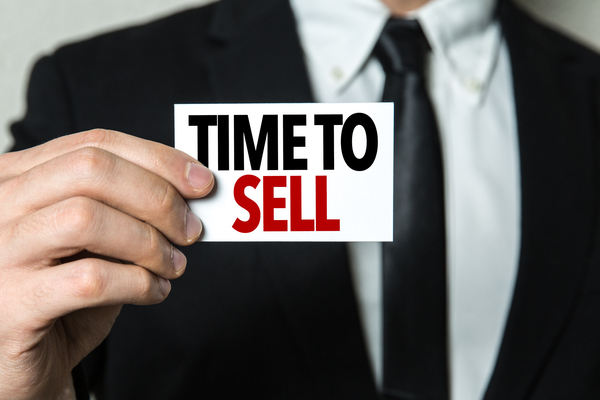 Australian property owners are likely to hold on to their properties longer than they should in a declining market due to the fear of making a loss, new research suggests.

This will be particularly painful for highly leveraged investors who bought at the peak of the market with the expectation that prices would keep rising.

Dr Daniel Richards, lecturer of Wealth Management at RMIT University, in June’s Journal of Economic Psychology found investors often sold too early, or held on too long in a falling market due to feelings of regret. Although the research focused primarily on investors in the stock market, Dr Richards said the findings held true for property.

“People don’t sell at a loss. Emotion is what’s driving that, particularly regret,” he said.

“And housing is almost the most emotional investment you’ll ever make.”

Investors will be unwilling to sell

Domain figures show that across Australia most markets are either flat or in decline.

Figures from CoreLogic also show the trend, with national dwelling values falling 0.1 per cent in May – the first drop since 2012.

Dr Richards said that many investors will try to ride out this downturn, but that it would cost them.

“If you’ve bought a house and it’s gone down in value you should get out rather than wait for it all to go bad,” he said.

Independent economist Saul Eslake said that although some of these investors would be better off selling up and realising any gains they’ve made, many won’t do it.

“Selling is one of the strategies that they ought to be contemplating seriously,” he said.

However, Commsec’s Ryan Felsman isn’t convinced selling is the best strategy and suggested many would be better off riding out the downturn.

“If you purchased within the last couple of years it could be challenging to sell with prices going down,” he said.

He also noted prices weren’t down across the board and some sectors would remain resilient. For instance, inner-city houses in Sydney and Melbourne were likely to remain desirable for decades to come.

Rational or emotional – no difference in losses

Dr Richards said the tendency of buyers to hold on too long – dubbed the “disposition effect” – was due to “a financial decision-making bias where investors have a greater propensity to realise gains than realise losses”. This bias was driven by emotion.

“To be unemotional is not realistic. Not a lot of people realise that,” he said.

However, his research suggests people make the most sensible decisions when they engage in “reappraisal”, doing things like writing down reasons for holding or selling.

AMP senior economist Shane Oliver said the double whammy of falling prices and higher costs of servicing loans would push more investors to sell, but many hadn’t come to that conclusion yet.

“Are we there yet? Not yet. It’s too early,” he said. “I suspect later this year, or come next year.”

A rush to the exit?

APRA’s tightening lending standards present a pivot point for those who bought with interest-only mortgages, particularly given the Reserve Bank has flagged some borrowers will be unable to roll over their loans to cover the principal and the interest.

Investors, according to Eslake, add an element of instability in the housing market as they’re more likely to sell than homeowners and are concentrated in certain suburbs.

Historically that has been offset by owner occupiers who often go to great lengths to avoid defaulting on a mortgage. Mr Eslake said this group would curb discretionary spending and make other “difficult compromises” in order to keep their own homes.

Mr Felsman said those lucky enough to have owned their property for more than 10 years would still be in a very strong position to realise capital gains, even in a soft market.