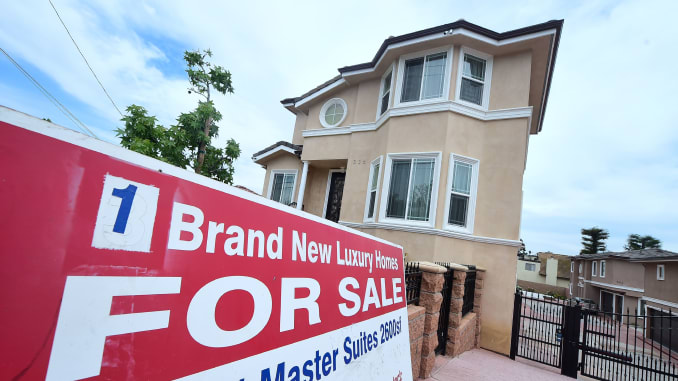 Melbourne's house prices are set to fall the most in the next 12 months as the second lockdown and the lack of international migrants decimate demand, S&P Global Ratings says.

The ratings agency said house prices nationally are expected to drop by about 10 per cent from the onset of the pandemic until the market bottoms out, which is likely to be around mid-2021.

Melbourne arrears are set to rise higher than the levels seen during the GFC due to higher unemployment.

However, Melbourne prices could fall by a larger amount due to a sharp decline in population growth and mounting job losses.

"We think Sydney and Melbourne are two markets that are likely to drop by more than 10 per cent, but Melbourne is weaker as population growth tumbles," Anthony Walker, Director, Sovereign Ratings, said.

"Victoria's population has been growing by around 1.6 per cent annually over the last 15 years. However, it's forecast to rise by just 0.6 per cent next year, that's 1 per cent lower than it has been for the last 100 years.
"It's the lowest population growth since 1917, so the housing demand from migrants is going to collapse, as well as the demand from everyone who's in the country already because of the job situation."

While the JobKeeper and the mortgage repayment holidays are currently keeping mortgage arrears low, S&P said, the numbers are set to top the levels seen during the global financial crisis.

"We expect that many borrowers will remain distressed when the forbearance and government support end," Erin Kitson, S&P director of structured finance ratings, said.

"We expect arrears might peak higher during COVID-19 compared to the 1.69 per cent level we saw during the GFC because the forecast unemployment rate at around 7.5 per cent is larger."

"Investors may face difficulty refinancing their loans if rents continue to fall."

Ms Kitson said Victoria could see arrears rise as the economy weakens due to the second lockdown.

"We expect to see arrears in areas and states where the path to economic recovery is taking longer, for example Victoria, to be more elevated when they eventually surface, which is more likely to be around the first quarter of 2021," she said.

"We expect the second lockdown will flow through into potentially higher arrears compared to other parts of the country where the economic path back to recovery is more well progressed."