Is now the time to sell? House prices set to tumble in Australia 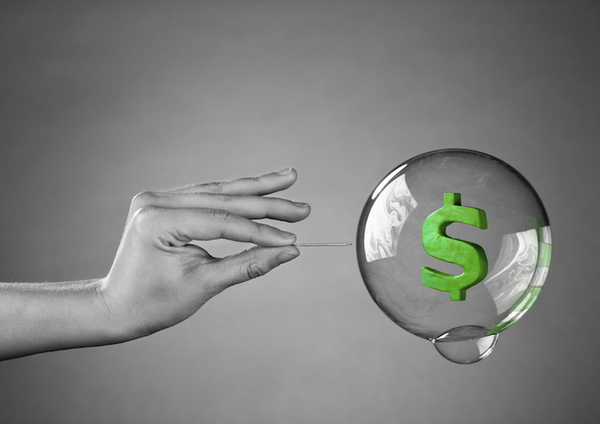 HOUSE prices have been soaring in much of the country for years, but a single decision could suddenly cripple the market.

THEY say it never rains but it pours. After many years of sunny positivity on Australian housing prices, bad news is now coming down in flash flood.

Not just tighter lending following the Financial Services Royal Commission. All your big buyers are under the pump. Locals are seeing the worst wages growth in history, plus a lift in unemployment, and consumer confidence has just taken a big dive. The foreign side of the market suddenly looks sick too — foreigners are fleeing.

Foreign approvals to buy Australian residential property dropped by two-thirds last financial year, removing loads of potential cash from the market. Foreign buyers — the kind of people propping up the prices of new apartment developments — seem to have vanished.

As this next graph shows, approvals for foreigners to buy Australian property dropped from 40,000 to 13,000 in 2016-17. That takes billions of dollars out of the market and reverses three years of surging foreign enthusiasm for Aussie homes.

We need, however, to be cautious on interpreting this data. The Foreign Investment Review Board (FIRB) introduced fees on approvals, which discouraged some people from applying for approvals, especially if they weren’t actually sure if they’d buy the property in question.

“The actual decline is likely to be lower than implied by the data,” FIRB says in text accompanying this graph. Which is good news since the fall is mind-bogglingly steep.

• Banks are tightening up lending to foreigners

• It is now harder to get money out of China

• Taxes on foreign property buyers were introduced in some states

• The simple fact that our market looks less attractive now.

The data is from last financial year but it is likely still having an impact now. You get approval to buy a property before the purchase — so drops in approvals last year will cause lower sales this year. In summary, even if half the fall is due to higher fees, there is still definitely a reason for concern.

The plunge in approvals for foreign buyers is surprising in its scale but unsurprising in another sense. The Australian market is already showing many signs of weakness.

Prices are falling across Australia’s biggest urban centres. In the case of Sydney, the fall in prices has been going on for most of the year. Sydney’s auction clearance rate was 54 per cent two weekends ago — really low — and the amount of stock changing hands has fallen sharply. The city that was the engine room of the boom is now the epicentre of weakness.

The big banks are predicting that house prices will fall further. Did the fall in foreign interest cause the price drop? Or did foreign interest fall because they suspected a price drop was coming? It is not easy to tell, and in the end matters little, because two other factors are also weighing on property.

First, our ability to repay loans is not improving. As winter arrives, the unemployment rate seems to be rising again — up to 5.6 per cent in April from 5.4 per cent at the start of summer. Meanwhile wages growth is stuck at low levels. This is bad news for anyone hoping a cashed-up buyer will swoop on their home.

The second trend making real estate harder is a much tougher financial system. Not only is there a crackdown on investor loans taking heat out of the market, but banks are facing a reckoning for their behaviour in the boom times.

Laws are finally being enforced. The days of dodgy applications and easy loans are likely to be over. Once upon a time you could hope a buyer who fudged their loan application would buy your house using a massive loan, that person is now probably telling the truth and their loan is correspondingly smaller.

The good news though is few Aussies are defaulting on their loans. The rate of non-performing loans is under 1 per cent, as this next graph shows. We have not got to a crisis point where many people are forced to sell into a falling market, which could cause a rapid collapse.

Bad loans are ‘very low’ at around 0.8 per cent of loans, says the RBA.Source:Supplied

The local clampdown on lending comes just as global interest rates are rising. In America, mortgage interest rates have been rising fast. They are at their highest level since 2011, and according to US loan-maker Freddie Mac are coming out of this slump like a rocket, notching up the most sustained rise in over 40 years.

If you’re locking in a 25-year loan you should expect Australian interest rates to follow America sooner or later. So rising global interest rates rise are another factor affecting how much banks will lend and how much people will borrow.

We dodged a housing crash in the global financial crisis, and values just kept on rising. Can they keep going forever? It seems unlikely. It is easy to find reasons to be cautious about Australian property and tough to see too many reasons for enthusiasm. No wonder foreign investors are cooling on Australian property.

Jason Murphy is an economist. He runs the blog Thomas the Think Engine.