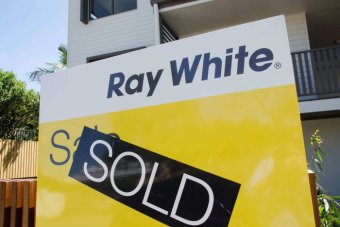 She is one of a growing number of people making the switch, after regulatory changes saw the days of relatively low interest-only lending rates disappear.

Once a magic pill for investors, interest-only loans allowed people to get into the property market or increase their portfolio with lower upfront repayments, generally for up to five years.

But a string of regulatory changes mean interest-only loans have become much more expensive, even for those borrowers who still qualify.

"We looked at our budget and determined we could afford the principal and interest repayments and it meant that we were building equity in that property," said Ms Unwin.

Not just an investor, Ms Unwin is also a mortgage broker and said many of her clients are now moving across too.

"Probably in the last six to eight months it's become significantly more prevalent that clients will request to switch prior to their periods [ending]," she added.

The 'period' is the agreed time a homeowner has with their bank before they must start making principal repayments on their loan — until then, they just pay the interest. It is most typically five years.

Until a few years ago, there was little or no difference between the interest rate on an interest-only loan and the rate on a principal and interest loan.

But it was not to last. Banking regulator APRA toughened conditions, putting a 30 per cent cap on the percentage of new loans that could be interest-only. That saw lenders put the squeeze on borrowers.

The method worked. Three years later, just 15 per cent of new loans being issued are interest-only.

But there is still about $360 billion worth of interest-only loans due to mature over the next three years.

That is against the backdrop of a sharp correction in property prices and falling equity for investors.

"A whole chunk of people aren't going to be able to pay," said Professor Richard Holden from the University of New South Wales School of Economics.

Fears of a mass exodus from the investment market might prove to be unfounded, because the tide is turning.

Now, just like Ms Unwin, investors are likely to get a better rate if they cut out of their interest only loan and move across to principal and interest.

"We are negotiating significant discounts for those clients as soon as they start making the principal reductions," she said.

The Reserve Bank of Australia said, if you are a good credit risk, you can save 15 basis points on your loan.

Just this week, Australia's largest lender, the Commonwealth Bank, cut rates on some of its fixed-interest products for home buyers and investors, ranging from 3.79 per cent to 4.34 per cent.

There is also anecdotal evidence some banks are waiving annual charges and set-up fees to sweeten a move across.

Mortgage broker Bruce Carr agrees that is exactly what many property owners are now doing.

"We've been proactively contacting clients to encourage them to make that change and some are contacting us before we get to them because they want to get their interest rate back down," he said.

The Commonwealth Bank's decision to cut its rate, when commentators have long been hinting at rate rises, is likely to trigger a competitive response from the other big banks.

But that may be small comfort for overstretched investors no longer able to depend on the days of easy lending.