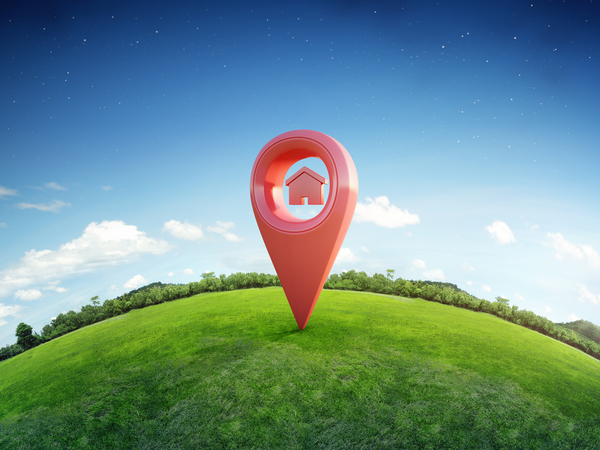 Surely not. The ABC, and their friends in the Channel 9 newspapers(The Age and The Sydney Morning Herald), keep telling us that we are in the middle of a massive property market slump. Predictions of a price “crash” of 40% to 50% abound. Auction clearance rates are down, days on market (the time it takes to sell a property) are up and there are anecdotes of job losses in the real estate industry as agents and back office staff are laid off.

Hard data from Core Logic supports the assertion that times are tough. Sydney house prices are down 10.9% in the year to March, and 13.9% since peaking in late 2017. Melbourne prices fell by 9.8% on average and are 10.3% lower than their peak. Of the capital cities, only Hobart, Canberra and Adelaide recorded a rise in the year to March.

So, what’s the basis of my “courageous” call (as Sir Humphrey Appleby might have described it to Minister Jim Hacker) that house prices could rise?

Well, it is not Josh Frydenberg’s Budget, where almost everyone gets a tax cut. It is not going to hurt, however, and will certainly provide stimulus to the economy and boost confidence.

The thing that is really going to support the property market is the announcement from Chris Bowen last Friday that the start date for the ALP’s changes to negative gearing and capital gains tax is 1 January 2020. For investors, this provides a huge incentive to invest prior to this date, and conversely, not invest after this date. It is also being accompanied by some other supporting factors.

Here are 5 reasons why the property market might rise in 2019.

Firstly, the banking regulator, APRA, is relaxing the home lending controls it applied a few years’ back, making it easier for borrowers to get a loan. At the time, APRA was very worried about the systemic risk of an overheating property market and introduced controls on how many loans banks could make available to investors and how many loans could be serviced on an ‘interest only’ basis. They also tightened loan servicing models and estimates of household expenditure. Together, these controls acted to restrict the supply of credit, making it very hard for investors and some others to obtain finance.

APRA has eased up on the investor and ‘interest only’ rules, and while getting credit today is still harder than it was 18 months’ ago, the banks are “warming up” to home lending and credit growth is increasing.

The outlook for interest rates has also changed. Six months ago, almost every market commentator was saying that the next move in interest rates was “up”. Now, most agree that the next move is “down”, or if not down, sideways for an awful long time. Further, the spread between the benchmark 90-day bank bill rate and the RBA cash rate has narrowed. This means that an “out of cycle” cut to the home loan rate is a possibility, and if competition heats up a little, don’t be surprised to see some very competitive offers being made available to new borrowers.

While markets don’t always repeat previous behaviour and history is only a guide, it is worth noting that the fall in prices from the peak experienced by the Sydney market of 13.9% and Melbourne of 10.3% is about the same as that experienced in the last two big housing market downturns - the GFC of 2008/2009 and Paul Keating’s “the recession we had to have” of 1990/1991. Both these downturns occurred at times of high unemployment and higher interest rates, neither of which are in play today.

But the biggest single factor is 1 January 2020. From this date, investors won’t be able to negatively gear newly acquired investment properties. While all existing negatively geared properties will be “grandfathered” and interest on loans will still be an allowable deduction against rental income, any net rental loss won’t be deductible against other income such as salaries or wages. Of course, this assumes that Bill Shorten becomes Prime Minister on May 11 or May 18, but the market thinks this is a forgone conclusion and accordingly, canny investors will be considering property options ahead of this “drop-dead” date.

Even more important is the change to the discount applied to capital gains. Presently, an individual investor who has held an asset for more than 12 months is eligible for a 50% discount and only pays tax on half the gain. For assets acquired on or after 1 January 2020, the discount will be cut to 25%, meaning that an investor will pay tax on 75% of the gain.

This doesn’t necessarily sound like a big change, but depending on your marginal tax rate, can have a huge impact on the investment return from the asset. Take the example of a taxpayer whose marginal tax rate is 47% (the highest). Under the current rules, the investor pays an effective tax rate of 23.5% on the capital gain (half of 47%). Under the ALP plan, their tax rate rises to 35.25%.

Bottom line – for investors paying tax at the highest marginal rate of tax, assets need to grow in value by 18% more than they otherwise would have done for them to be in the same after tax position.

Buy an investment property on 31 December 2019 and assuming things go to plan, investors paying tax at the highest marginal rate will be roughly 18% better off than if they buy the same property on 1 January 2020.

This is why I think many investors will look very closely at the property market in 2019. And while 2019 could be okay, if I am right, there could be a bit of a cliff in early 2020. As always, time will tell.