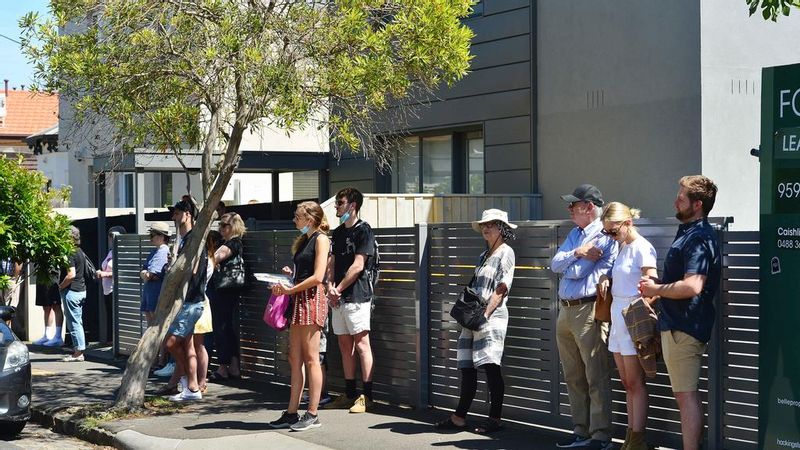 Real estate agents are being accused of hiding behind the runaway market as underquoting allegations mar Melbourne’s market rebound.

Buyer’s advocate David Morrell claims househunters are being “left behind by misleading quotes” while properties sell hundreds of thousands of dollars above expectations.

Realestate.com.au figures reveal one in five Melbourne homes sold above their advertised prices in February.

But data from Victoria’s consumer watchdog does not reflect a rise in reported underquoting incidents, suggesting red-hot market conditions are more to blame.

Consumer Affairs Victoria received 212 complaints and inquiries relating to underquoting between December 1 and February 28 — down from 242 for the same period the previous year.

Underquoting is deliberately advertising properties below their expected selling price in an effort to increase ­interest from buyers.

Victorian agents are ­required to advertise a realistic price range that is not below their estimated selling price. They must also revise their quote within 24 hours if they receive a written offer higher than the advertised price.

He said he suspected agents were not formally presenting offers to vendors in an effort to avoid amending the price guides in line with the offer.

“It’s a total misrepresentation and manipulation, which is unfair to buyers,” Mr German said.

“Agents want to lure buyers from different (price) brackets to make sure they have six bidders and not two, to build ­momentum at the auction.”

He said underquoting often came in waves, with agents ­becoming more cautious when it was publicly discussed.

According to Consumer Affairs data, underquoting complaints and inquiries peaked at 2095 in 2017-18 after the introduction of harsher laws around the practice in Victoria.

Underquoting allegations were made over a property that sold for a massive $1.8m above its reserve when it fetched a whopping $5.8m at auction last week.