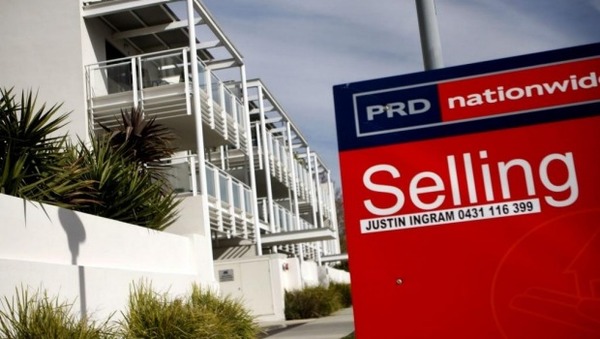 As Aussie shares racked up their second financial year of double-digit growth, the country's housing market has turned from red-hot to ice-cold.

National dwelling prices fell 0.8 per cent over the 12 months to June 2018, Corelogic data revealed on Monday.

Property investors would have got a little extra from rental yields, but not much, at least not based on current prices.

The average gross rental yields across capital cities is about 4 per cent for a house and 3 per cent for an apartment, with Sydney and Melbourne averages a touch below that, according to SQM Research.

Factor in costs – agent fees, maintenance costs, and so forth – and the net yield is likely only half the gross figure.

Now compare that to Aussie stocks, where the benchmark top 200 index climbed 8.6 per cent over the 2018 financial year, and closer to 13 per cent including dividends.

I hear you ask: what about Hobart? The Tassie city's property prices are up 12 per cent in a year. Well, sure, but you can play a similar game on the ASX: resources stocks surged 35 per cent over FY18.

In any case, the 2018 financial year may mark a watershed year for potential investors: the year FOMO flipped on its head.

"Fear of missing out" is a major factor in any hot market – from Dutch tulips to dotcom stocks to Bitcoins to inner-city Sydney property.

Your neighbours making money hand over fist is what draws the speculator out in many investors. It's the psychology that pushes prices well beyond fundamentals.

It's also the largely unobservable factor that can turn asset market booms into busts. And Aussie property has been fertile ground for FOMO.

The reversal of fortunes for the big property markets from FY17 to FY18 is likely to come as a shock.

Most notably was the massive turnaround in Sydney's residential market, where prices suffered an annual decline of 4.5 per cent as at June 30 after surging 16 per cent in FY17. Over the same timeframes, Melbourne house prices went from 13 per cent gains to a meagre 1 per cent.

Property is already on the wane as the "wisest place for savings", according to Westpac's consumer confidence survey.

In the June survey 11.6 per cent of respondents nominated "real estate" as the wisest place to put their saved dollars, down from 13.3 per cent a year earlier and 15.8 per cent in June 2016 – which was leading into the regulatory crackdown on investor lending.

As at June, 8.6 per cent of survey participants said shares were the best spot for savings, up from 6.9 per cent in June 2017 and 8 per cent a year before that.

Those most vulnerable to a crisis in confidence are those who have abandoned all pretence of investing for the long term and who are suffering rolling income losses in exchange for speculating on capital gains.

We are, of course, talking about the near 1.3 million Aussie who claim losses from their property investments in their tax filings.

For them, the prospect of further capital losses could be difficult to swallow. Unfortunately, that is what they are likely to suffer, economists agree.

In particular, the decline in Sydney and Melbourne property prices has a lot further to go, AMP Capital chief economist Shane Oliver says.

His analysis suggests the two big east coast cities will eventually record price falls of around 15 per cent from peak to bottom, spread out to 2020.

That implies a further 10-13 per cent decline from current levels. It also suggests another financial year and maybe two of pain for investors in these markets.

Negatively geared investors can ride out one financial year of capital losses – can they ride out two? Russell Investments senior investment strategist Graham Harman has his doubts.

"That is serious pain," Harman says. If we do get back-to-back bad years, Harman wonders whether it is enough for Australian housing to "finally seriously unravel".

"It will be an acid test year."