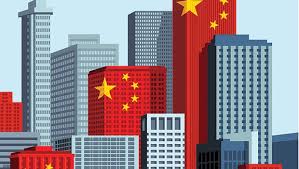 Although there is concern about the spread of the coronavirus, Chinese seek real estate in countries with health security.

Travel bans to China continue as governments across the world attempt to restrict the movement of the new virus that has reportedly infected more than 75,000 people around the world, and killed more than 2,000.

On 19 February, the Australian government confirmed there are 15 cases of the virus in Australia. Eight of those have recovered from the illness, while seven are in a stable condition.

Although the long-term impact of the outbreak is yet to be determined, the initial effect after the unknown virus hit the news headlines in January has led to an increase of Chinese buyer inquiries in Australia.

A report from Juwai showed Chinese interest in Australia grew by 8.6 per cent in January.

Although interest in Australia remains strong, there has been a negative impact in other countries, Juwai IQI executive chairman Georg Chmiel said.

“Many people have stopped travelling and are limiting their public activities,” he said.

“As a result, in real estate markets around the world where Chinese buyers are usually active, we see a reduction in the in-person presence of Chinese buyers at auctions, a similar decrease at inspections and open houses, and the stalling between contract signing and final settlement of some transactions involving Chinese buyers.”

Chinese have started to look for countries with health security, which has influenced their decision about where to buy real estate.

“Healthcare has been especially important for retirees. That is one reason Thailand is so popular with Chinese retirees,” Mr Chmiel said.

“After the epidemic, we expect healthcare to be even more important to buyers. Countries like Thailand, the US, the UK, Canada and Australia, which have good healthcare systems and highly ranked abilities to react to viral outbreaks, are likely to benefit from an increase in buyer activity.”

In the report, Chinese ranked Australia as the second-best country for health security, only behind Thailand.