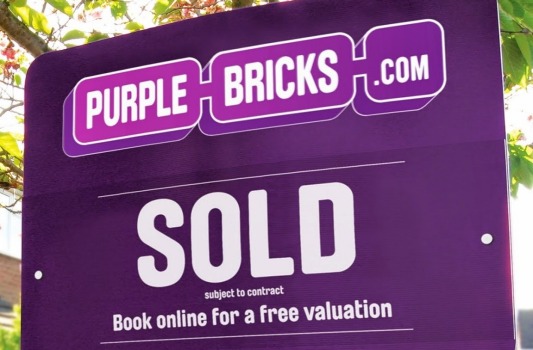 Consumer protection watchdogs across the country are looking into the activities of fixed fee real estate agency Purplebricks, following its prosecution by Queensland authorities last month.

Consumer Protection WA is leading a joint effort by state watchdogs into the disruptor, slapped with a $20,000 fine and given enforceable undertakings by Queensland's Office of Fair Trading, which said the agency did not make customers aware of some fees charged and misled some customers over costs for additional services despite advertising fixed fees.

The joint state-territory effort is common practice in the case of a consumer matter that crosses borders but is not in the remit of the federal government's Australian Consumer and Competition Commission. Queensland's action included alleged contraventions of federal Australian consumer law, not just state law.

A Consumer Protection WA spokesman declined to comment, saying the agency wouldn't confirm an investigation unless it had commenced prosecution or the Commissioner had used his or her naming powers to issue a warning to consumers.

NSW Fair Trading, however, said it was working with its counterparts to look at the the Australian arm of the UK-based company.

"Fair Trading is working closely with other states and territory fair trading agencies with regard to Purple Bricks and its business model," a NSW Fair Trading spokeswoman said.

There's battle for consumer loyalty underway between Purplebricks and the established industry. The action by the state and territory watchdogs started after the Real Estate Institutes of NSW and WA lodged letters of complaint about the disruptor, which operates a fixed-cost, high-tech model. Purplebricks recently hiked its fees - raising the price in Victoria, for example, to $5999 from $4500. REINSW president Leanne Pilkington in January warned that fixed fee agents were not a good option for consumers in a cooling market.

Purplebricks' Australian head Ryan Dinsdale on Tuesday said the company had not done anything wrong.

"We are not under any investigation," Mr Dinsdale said. "We comply with all our regulatory requirements as you would expect. Frankly, we see this nothing more than a speculative letter designed to generate some headlines and it should be seen in the context of the momentum Purple Bricks is achieving in NSW and across Australia."

"The problem that consumers are finding – and we'll see this exacerbated as it goes into a more traditional market – the bit that primarily eludes consumers is the fee structure," he said.

REIWA chief executive Neville Pozzo said his organisation had also raised the matter with the state watchdog and it was responding.

"We understand they're looking into the operations of Purplebricks, in respect to the outcome of the Queensland investigation," he said.