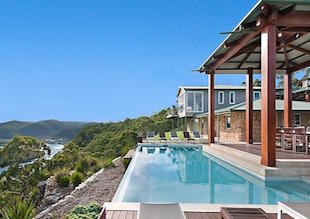 THE Central Coastâ€™s booming real estate market has soared to new heights with a massive 36 suburb price records smashed during the past 12 months.Â
An Express Advocate analysis of the latest Core Logic RP Data figures has revealed that almost a third of the regionâ€™s suburbs have fetched new peak property prices.
Sydneysiders are behind the overwhelming majority of the sales, enticed by great value-for-money and strong investment potential, according to local agents. Experts predict Sydneyâ€™s median house price will hit $1 million by the end of the year compared with the Coastâ€™s more affordable beachside offerings currently averaging almost $460,000.
Seventeen of the 36 record-making properties were snapped up by Sydney buyers, six bought by local purchasers, five by interstate investors, four by overseas buyers and four unknown.