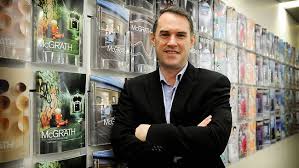 Rumours and media speculation continue to swirl about an alleged plot involving several dissatisfied McGrath agents and executives setting up a rival network, but the group has swiftly dismissed the claims.

Media outlets have reportedly uncovered plans by 30 of McGrath’s ‘best agents’ and recently departed executives to establish a new agency in Sydney as early as the new year.

Industry gossip pointed to the recent departure of Geoff Lucas, Steven Chen, Richard Shalhoub and Matt Lahood as signs of the impending launch.

Despite the mounting speculation, there’s been no official confirmation of the reported plan, with McGrath seemingly unfazed by the speculation.

Speaking exclusively to Real Estate Business in response to the reports, McGrath head of company sales Kon Stathopoulos said the group is in good shape and has not lost a significant number of agents.

“While we can’t and won’t comment on all of the speculation that is out there, I can say that the business has only lost a handful of senior sales agents of the 700 agents across the network,” Mr Stathopoulos said.

He pointed to the transient nature of the real estate industry, saying many agents choose to move around towards the end of the calendar year.

“Our company offices remain in good momentum relative to market performance, and we continue to see market share gains in most areas,” he said.

“We are committed to creating the best agent experience possible by delivering the tools and resources that make our agents as effective and productive as possible in the field. We feel our business and model is exceptionally strong and we are excited for our future.”

Mr Stathopoulos added that when agents leave the group, they are welcome to return.

“McGrath provides the best training and support, and many agents have left the company over the years only to return a few years later, including Kate Lorden, Stephen McMorrow, Peter Starr, Michael Glynn and Adam Sparkes, who was appointed general manager of McGrath projects in June this year.”

Separately, McGrath pointed to the fact that Mr Stathopoulos had worked alongside the recently departed Mr Lahood for two-and-a-half years, most recently as director of sales for New South Wales.

“As such, Kon is a trusted leader with key agents and their teams within McGrath’s company-owned operation,” McGrath said in a statement to REB.

McGrath said it is continuing its expansion in Victoria, with six offices currently in Melbourne and an anticipated announcement of two more offices shortly.