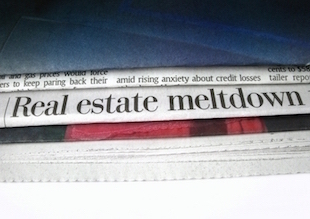 Major Australian cities are on track for a price correction due to an excess of homebuilding activity, forecasters have warned.

BIS Shrapnel managing director Robert Mellor said a “very significant construction boom” means that most capitals other than Sydney are in oversupply or heading in that direction.

Mr Mellor said the research house was predicting a 4 per cent decline in median house prices after the market peaks, which will likely occur in the early part of 2017.

Brisbane, which appears to be undersupplied, is at “significant risk” of heading into oversupply, particularly with inner-city apartments, according to Mr Mellor.

“We think there’s just too much building,” he said. “They’re building about two to three times the level that they were building on average over the last 10 to 15 years.”

Mr Mellor said the increasing shift towards high-density living did not “justify how much high-density construction we’re seeing”.

With the exception of Sydney, Mr Mellor questioned whether the current levels of construction across the country are sustainable.

“When the signs of excess supply come through with rising vacancy rates – that’s typically somewhere between vacancy rates going above 3 per cent towards 4 per cent – in that sort of environment you start to get falling rates, eventually falling values and, as a result, prices decline," he said.

Mr Mellor said investors won’t be lining up to buy the next lot of off-the-plan projects, so developers may struggle to get financing.

“The reality is a correction will come through in those markets. Is it going to come through within 12 months? We think potentially in Melbourne,” he said.

“Brisbane? Both of those markets, yes, somewhere within 12 months and certainly within 18 months, a downturn will be underway."