Is the Housing Boom Running Out of Steam? 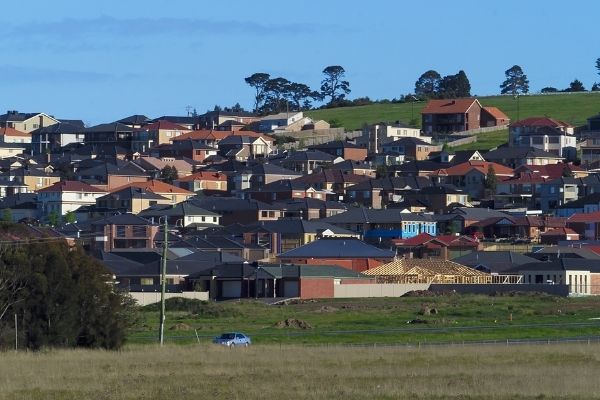 The days are numbered for Australia's housing boom. The strongest sign for this is that more units than houses are sold under the hammer in all the capital cities in February.

The clearance rates for units were higher than houses in Sydney, Brisbane, Adelaide and Canberra. Units have picked up in popularity at auctions due to affordability constraints and the return of investors.

The response of different markets depends on the degree to which affordability is stretched in those markets. The most sensitive end of the spectrum is Sydney and Melbourne where prices are very stretched in terms of affordability and where the reaction to rate hikes are likely to be more immediate and more significant.

Sydney and Melbourne clocked the highest number of homes scheduled to go to auction in February. As a result of increased volumes and reduced competition in the country’s two largest cities, clearance rates continue to slide.

In Sydney, the gap between auction house prices and auction unit prices was $870,850 so the buyers were driven to more affordable options.

Nicola Powell, chief of research and economics at Domain said that it was a turning point in the Sydney property market.

“Not only have we got higher levels of homes, so much more choice for buyers and better buying conditions, we are also seeing softening of clearance rates, particularly we’ve got a turning point in units outperforming houses,” she said.

Melbourne dodged the trend bullet as house buying remained attractive due to more moderate house price growth. Having faced the longest lockdown across the world, Melbourne buyers value more space and prefer to buy houses with extra rooms. Simultaneously, it also holds the highest vacancy rate compared to other capitals.

Arch Staver, director and auctioneer at Nelson Alexander Fitzroy said, “No other city was locked up in our residence for such a long period like Melburnians were. So that desire for an extra room, extra space, a garden was absolutely front of mind.”

In Melbourne, the gap between auction house prices and auction unit prices is $475,000 which is lower than in Sydney.

Damien Cooley, director and auctioneer of Cooley Auctions said, “The housing market has risen so unbelievably the apartment market hasn’t caught up. That’s why we’ll see apartments do better because, from an affordability point of view, people are looking for value and what they can afford.”

Units have become an attractive investment option again due to an extremely tight vacancy rate and the reopening of international borders.

Clearance rates are directly linked to seller expectations. Once sellers start to realize that the market is now operating more fairly and equitably, the clearance rates will rise. Buyers are reluctant to push past prices that have been recent sales since they have more choice.

Canberra recorded a clearance rate of 80.4 in February down by 0.7 per cent annually. But units cleared at 83 per cent compared to 79.7 percent of houses.

This is a sign that cheaper property options are picked popularly not only by priced-out homebuyers but also investors.

Alec Brown, auctioneer for Ray White Canberra said, “The type of buyers active in the apartment market is either self-managed super fund investors or people who have built equity in their home in the past year.”

He added, “So a lot of mum and dad investors are finding a way to invest in property as opposed to traditional share markets or your long-term interest rate options by contrast.“

Perth has not seen the same run-up in prices, they're likely to be less sensitive to interest rate rises. Perhaps Hobart can be in the Sydney and Melbourne camp.
On the other end of the spectrum, there’s Brisbane and Adelaide where in contrast to the other markets who have shown a slow price growth these two markets have seen a significant surge in price growth since the middle of last year.

The reason is that affordability is not nearly as stretched in those two markets; there's plenty more headroom around affordability.

Coming back to the sensitivity to interest rates and affordability, all the markets will move into correction phases but there will be significant variations. We are getting closer to the day when the RBA commences its tightening cycle.