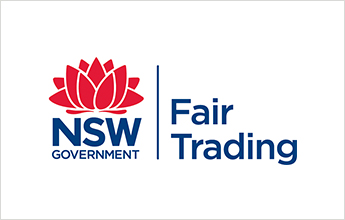 Amendments to the Property, Stock and Business Agents Act have been passed to close the loophole in the legislation after NSW Fair Trading failed to prosecute BresicWhitney for allegedly underquoting the potential selling price of two properties in Sydney’s Surry Hills and Double Bay.

In the case last year, NSW Fair Trading put forward its evidence stating that BresicWhitney promoted a much lower price to consumers than what was written in its sales estimate on the agency agreement provided to the vendor.

The price guide on the Surry Hills home was ‘over $1.05 million’ against the agency agreement which stated $1.1 million to $1.2 million.

The Double Bay home had a price guide of ‘over $1.5 million’, while the agency agreement set it in excess of $1.6 million.

BresicWhitney argued that the representatives responsible were not direct employees of their firm. Even though the company agreed they were the real estate licence holder, the agents involved were employed by a different company.

As such, BresicWhitney escaped prosecution, winning on a technical point with regards to the interpretation of the term ‘employee’.

In light of this, NSW Fair Trading has changed the legislation to ensure that licensees are liable for the actions of their employees, regardless of their employment arrangements.

The changes make it clear that anyone acting on behalf of a company will now be captured for the purposes of the Act.

NSW Fair Trading has been focusing on underquoting and has penalised agents found guilty of underquoting by issuing fines and, in some cases, taking away their commissions.

Chairman of the Estate Agents Co-Operative, Ted Hanson, said the organisation “fully supports” the closing of the loophole as it ensures the professionalism of the industry is maintained.

He said this will be in everyone’s best interests.

“There has been a substantial drop in complaints about underquoting since legislation was enacted and from an industry body’s perspective, we can only support that,” Mr Hanson told REB.

“As an industry, we have found that there are different employment styles that are being created, particularly the contract employment that has gained some traction over the last five years.”

The effective date for the amendments is yet to be set, but it is understood to be imminent.