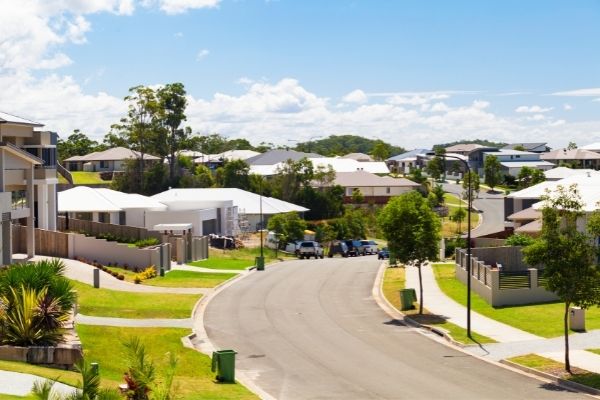 National Australia Bank revised its residential price forecast for 2021 and 2022.

The booming property market in Australia continued to rise but the growth rate is slowing down. As more listings hit the market with simultaneous lack of affordability and low government stimulus, the dwelling values are declining.

NAB upgraded its property price growth forecast in the latest quarterly report for 2021 and 2022. NAB previously predicted a growth rate of18.5 per cent for the year 2021 but looking at the market conditions and the property boom, it revisited the growth rate and expected it to be 22.7 per cent for 2021.

Find Out Your Property Value

Looking to sell and want to know how much your property can fetch?

NAB said, “Overall, that sees a very strong print for house prices in 2021 but a sharp slowing in 2022 as the impact of lower interest rates fades and affordability constraints begin to bind.”

While NAB has a similar outlook across states, they predicted a relatively higher performance in dwelling prices in Hobart by 28.4 per cent, followed by Sydney at 27.5% per cent. Brisbane is expected to come in third with 23.2 per cent while Perth will see a subdued growth of 14.5 per cent.

What are the reasons for the sharp decline in Australian dwelling values?

As the market opens and lockdowns lift, vendors/sellers are willing to list their homes on the market.

The housing prices have climbed at an all-time high because of the demand-supply gap. People are unable to afford their dream homes because of the widening gap between household income and housing costs (prices and mortgage).

The housing-related incentives and stamp duty relief has now ended. The effect of low-interest rates and mortgage rates will fade which will cause affordability issues.

The Australian Prudential Regulation Authority widened the interest rate serviceability buffer from 2.5 per cent to 3 per cent. This reduces the debt capacity of the typical borrower by 5 per cent.

Combining the above-mentioned factors along with the tightening of credit assessments, the Australian property market is likely to gradually lose momentum by 2022.

Not only NAB but also Westpac and other banks revised their dwelling price forecasts.

On sharing revised rates, Westpac commented, “We still expect momentum to slow considerably through 2022 as stretched affordability — combined with macro-prudential tightening measures and, later in the year, the anticipation that the Reserve Bank will begin a tightening cycle in early 2023 — begins to weigh on confidence.”

The decision of APRA to widen the interest rate serviceability will reduce the debt capacity of the typical borrower by 5 per cent but it may not see a huge impact on the lending or property market.

However, macro-prudential policies are rarely used in isolation. There are possibilities of further measures around the turn of the year, likely in the form of high DTI or LVR speed limits.