These 10 regions are smashing the property downturn 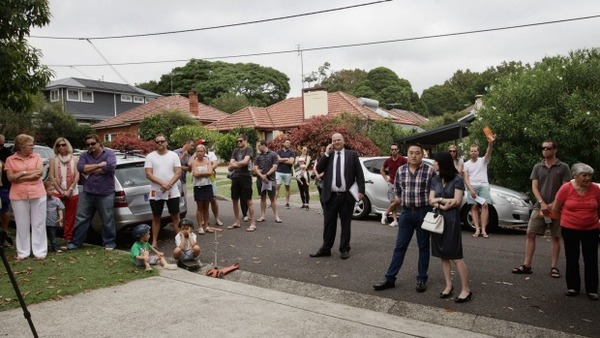 Plus 31 seriously strong suburbs to watch.

Editor’s note: This article contains information only. It is not intended as general or personal advice. Your Money recommends seeking professional advice specific to your personal circumstances.

If you’ve been keeping tabs on the news headlines of late, it may appear that Australia’s property market is doomed.

But property experts insist there are still plenty of opportunities out there if you know where to look.

Real estate researcher and director at Hotspotting, Terry Ryder, has made a career out of making property predictions. He shared which regions are powering ahead, despite the bad news from Sydney and Melbourne.

“Mainstream media are very much obsessing over what’s happening in Sydney and to a less extent Melbourne,” Ryder told Auction Day.

While it’s easy to lump Australia’s property market in one basket, Ryder says it’s important to remember that every region is at a different point on the cycle at any one time.

So while Sydney and Melbourne markets might be falling, others are stronger than ever. Here are the 10 regions along with their highest-performing suburbs Ryder thinks you should be watching:

Many homes still remain affordable at less than $500,000 and the vacancy rate is under 1.5 per cent, he says.

And the city of Churches is expected to continue growing as job-creating projects come into the market.

In addition to the upcoming Australian Space Agency, Adelaide is also getting a new submarine base and shipyard, which is expected to bring in another 4,000 jobs to the area.

The Port Adelaide Enfield region is one of the biggest beneficiaries of these new projects, with more buying activity recorded in the last year there than any other area of Adelaide, according to Ryder.

Suburbs that have seen some of the strongest growth in the last 12 months include Rosewater, Greenacres and Broadview.

“Most of the suburbs on the [Redcliffe] Peninsula have median house prices in the four hundred thousands,” says Ryder.

The area has also been boosted in the last couple of years thanks to the extension of rail links, making a trip into central Brisbane less than 40 minutes long.

A rising population thanks to additional infrastructure including a new university campus has made Moreton Bay a hot spot for investment, according to Ryder.

Among the best performing suburbs over the last 12 months are Beachmere, which has seen its median price rise 10 per cent to $415,000, as well as Kippa Ringand Lawnton.

Although Perth was one of the worst performing markets during the boom years of Sydney and Melbourne, the WA capital is now showing signs of a strong recovery.

“Perth is very much the city of opportunity. It emphasises the point that we don’t have one market in Australia,” says Ryder.

“It’s a good time to consider buying in that market ahead of the future price growth that I think inevitably is going to come into that market.”

That includes the Stirling area which Ryder reasons is still relatively affordable, close to the CBD and close to popular beachside suburbs such as Scarborough.

Among the suburbs to keep an eye on are Scarborough (units), Mt Lawley and Doubleview.

Canberra is often referred to as the Goldilocks of Australian real estate – not too hot or cold, just right – and it’s just been named Australia’s most liveable city.

“We think it’s the strongest capital city real estate economy in Australia in terms of [having] the lowest unemployment, the highest average incomes, it’s one of the highest growth States or territories,” says Ryder.

Canberra also has one of the highest population growth rates in Australia and boasts one of the country’s lowest vacancy rates at less than one per cent.

And Ryder says one of the more affordable areas to the north of the city is the Belconnen District with average property prices of around $500,000 – $600,000.

With the average prices of some Belconnen suburbs growing at a rate of more than six per cent in the last year, Ryder says the area is currently Canberra’s strongest in terms of growing demand.

Some of the best performing suburbs include Evatt, Holt and Macgregor.

Good news Victorians, according to Ryder, regional Victoria is the strongest real estate market in Australia.

“They’re getting a lot of buyers out of Melbourne, both home buyers and investors who have realised that the home market in Melbourne is no longer rising,” says Ryder.

“So they’re looking at markets like Geelong, Ballarat and Bendigo and finding great value for money.”

With many of these regional areas easily commutable to Melbourne’s CBD, Melburnians are seeking more affordable living options outside of the main city.

With a diverse growing population and strong transport links to Melbourne, Bendigo has seen major growth in the last year, while house prices are still averaging $400,000.

The town of Ballarat shares many of the attributes Bendigo enjoys, including low house prices, a growing population and easy transport into Melbourne.

With houses selling for less than $400,000, the market is attracting strong demand from investors out of Melbourne.

One of the strongest growth suburbs includes Wendouree, which has risen by 22 per cent in the last 12 months to reach a median house price of $310,000.

Other picks include Golden Point (up 11 per cent) and Sebastopol (up 12 per cent).

Infrastructure has been a gamechanger for this once quiet regional Queensland area.

In the last 12 months, average property prices have jumped by more than 20 per cent in many Sunshine Coast suburbs, making it the strongest market in Queensland.

With more infrastructure in the works, including a new $5 billion medical precinct, the market isn’t expected to slow down any time soon.

Among the top performing suburbs in the last year is Sunshine Beach, which has risen by 36 per cent to hit a median price of $1,600,000.

Meanwhile, average unit prices in Noosa Heads are up 26 per cent, Noosavilleunits are up 20 per cent and Minyama properties are up 24 per cent.

In many ways, Queanbeyan has the best of both worlds, being close to Canberra’s CBD but within NSW borders.

Suburbs in Queanbeyan are also more affordable than many parts of Canberra, with median house prices of around $500,000 to $600,000.

Some of the best performing suburbs include Crestwood, which has seen prices rise by 25 per cent in the last year to $605,000, along with Braidwood (Up 10 per cent) and Queanbeyan East (up six per cent).

Newcastle has been the strongest performing real estate market in NSW over the past two years, according to Ryder.

High infrastructure spending, solid population growth and low vacancy rates have resulted in steadily rising prices which has rippled over to the neighbouring Lake Macquarie region.

Tasmania has been one of the best-performing markets in the last 12 months thanks to a booming population and outside investment.

The riverside city of Launceston is one such example, famed for its beautiful panoramic views and walking trails.

Rising sales activity thanks to strong demand from Victoria has seen the average prices of some suburbs jump by more than 10 per cent in the last year.