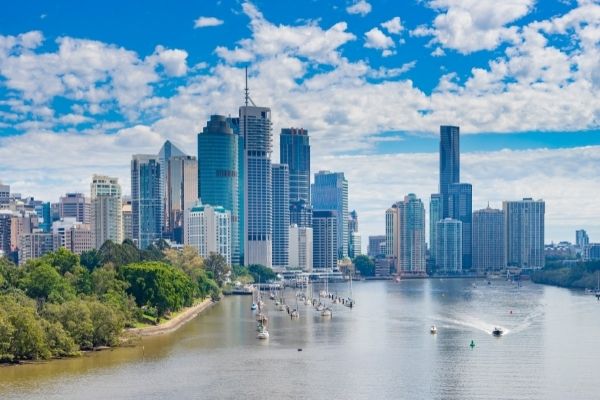 The September quarter in the Australian property market has been fruitful and quite rewarding.

We talked about Victoria’s residential property market in our recent article, the latest data shows that Queensland has recorded more sales transactions than Victoria and NSW in the September quarter.

The volume of house sales across Greater Brisbane is up 10 per cent year on year. It’s not just the sales volumes, Brisbane house values have hit new milestones as well.

The median house prices in all suburbs across Brisbane city’s inner ring has reached one million or even higher. Kangaroo Point records the biggest price increase, rising by 158 per cent followed by Tennyson, which was up by 129.1 per cent. While Spring Hill rose by 61.7 per cent, Chandler is up 59 per cent and Dutton Park recorded a 54.5 per cent rise.

The Place Advisory study revealed that since the COVID-19 outbreak in 2020, interstate investor purchases of houses in Brisbane have surged by 148 per cent.

Place Advisory, Managing Director and a high-end sales agent Sarah Hackett commented on the figures and said, “In my close to three decades of experience in Brisbane real estate, I have never witnessed this level of enquiry in Brisbane property from Sydney, Melbourne, and overseas buyers.”

Queensland has been less affected by COVID-19 lockdowns and restrictions than its southern counterparts. The protracted lockdowns gave rise to an internal migration trend that went sharply into reverse. Australia’s coastal regions and Southeast Queensland benefited from that. During the last quarter, the population in Queensland increased by 38,000, indicating strong interstate migration.

What are the reasons for the rising property values in Queensland?

Pete Wargent, the co-founder at BuyersBuyers believes Queensland might be the biggest winner from the boom. He even indicated that the current migration trend is a U-turn on the patterns that were playing out pre-pandemic.

A shift in lifestyle choices and the rising affordability constraints in bigger capital cities have contributed to buyers choosing options such as Queensland.

People who once spent money on travelling abroad and going overseas now choose to buy holiday homes in Brisbane as a good investment option.

The remote work culture allows people to migrate to different cities. People have realised in the lockdown that they need proper space in the home to live comfortably so they choose their dream homes in a suburb or different state with more amenities at an affordable rate.

Many intrinsic and extrinsic factors play a role in making property decisions. Above mentioned factors are some of the reasons why people are choosing to buy properties in Queensland.

Brisbane saw its biggest auction weekend in history. The Place Estate agents reported that more than 60 properties went under the hammer over three days from 22-24 October.

The auction saw a wave of interstate and overseas buyers. This auction also gives buyers an opportunity to buy and settle before Christmas

Interestingly, Brisbane’s auction clearance rates are now on par with Melbourne and Sydney — sitting at 80 per cent.